Gail Montgomery Garland
I am still exhausted, but my heart is full from today!!! I just loved "being in the trenches" and I made a new great friend today!!! HEROES rocks!!!!!

From the Foster Parent Association -

Augusta Gussie Walther Bradfield
Jeanne, Thank you so very much for joining us Monday. I look forward to you coming back once we have child care in place. Sorry it was so hectic. You all are a blessing to so many children. Thank you for all you do!

Posted by The Heroes Team at 9:30 AM No comments:

Our Official LOGO - Thanks, Shannon! Posted by The Heroes Team at 7:05 PM No comments:

HEROES, Great & Small, Inc. is a 501 (c) 3 not for profit charity as defined by the IRS. Contributions you make to HEROES are tax deductible as allowed by law.

We have done a capitol campaign mail out for the past two years, requesting friends, family, professionals, and a variety of people connected to HEROES, to donate financially in order for us to keep the program going.

Posted by The Heroes Team at 6:59 PM No comments:

Life-Changing Moments and How We Got Our Name

Life-changing moments can blindside you.

One of my Defining-Moments happened 20 years ago in 1990. I remember looking into the the face of one of the girls who had come to our "support and education group for sexually abused kids." (Catchy title, huh?) This 8-year old had just asked a question about why the perpetrator (we call them Tricksters now) had done something particularly horrifying to her. She wasn't the only wounded child to share deep hurts that night. As I looked into the eyes of each precious soul, I knew the deeper question they were asking. The deeper question had to do with their own healings, their courageous journeys, and was it really true that they could survive and be more than shells of the horrible things that had happened to them? And could they reclaim the things the Trickster had taken from them?

"Did you know that you are a HERO?" I said to each one of them, ever so gently. I saw the briefest, gentlest flicker of hope in their eyes as they grasped that lightning bolt of strength that hit them as they switched gears from thinking of themselves as victims too far gone to ever heal and to replace them with the thought of being HEROES. That was one of the Defining Moments of my life.

Even though we, the original founders, (Janet Baker, Jeanne Alshouse, Sandra Allen, Tina Bartleson), had been meeting for a few months already, that particular night was the night that HEROES began for me. When our "little group" started, the HERO Team saw the hurt and the confusion in our "sexually abused kids," because it was there. But as time passed we saw something else...the strength, the laughter, the purity and the innocence in these kids. We found courage in the most unlikely of places.
Posted by The Heroes Team at 4:35 PM No comments:

Bad Things Can't Stop the Best Things (The Story of a Hero) by Sandra Allen and Shannon Bond is in print! The outpouring of support has been phenomenal and the reviews are fantastic. Although it has been written to and for children, adult Heroes have been reading it. Even though their bodies are all grown up now, the message is spoken into the heart of a child, the words that needed to be said years and years ago.

The following are reviews:
"This is the most powerful story I've ever read for children of abuse. It says everything a child coupld possibly think that has been abused."
SGT. Teri Davis, Detective
Floyd County Police Dept.
Rome, GA

"It is critical for child victims to be believed...encouraged...lifted up. This beautiful book does just that. It is our hope that this story makes it into the hands of thousands of children who need that hope and encouragement."
Gail Garland
Executive Director
Harbor House
The Northwest Georgia Child Advocacy Center

"Never has there been a more profound book of healing for children (or adults) who have been sexually abused. The huge power of healing contained in this small group can turn lives "right side up." Wounded spirits are soothed and rescued through the authors' words. How do I know? I, as an adult, am one of them."
Hero Adult
Health Professional

Posted by The Heroes Team at 11:50 PM No comments:

This is the official blog of HEROES, Great & Small, Inc. Our web address is http://www.youareahero.org/, but don't use it. For now, that website will point you to this blog.

HEROES, Great and Small, Inc. began in Rome, GA in 1990. Since then we have grown by leaps and bounds. We hit some hard times as a group and as a TEAM. Sometimes Life's "Stuff" knocks you down. Well, we were knocked down one at a time until there was no one left to do the group, but Shannon and Ted, and then just Ted. Ted, "Mr. Hero" kept the local group alive almost single-handedly for a few years. Sandra was still writing curriculum. Janet, Jeanne, Tina and Shannon had changed jobs. But nobody could actually be on-site to assist with the group. We tried several things to stay afloat, but the manpower just wasn't there, so finally we just went dormant for a few years. The HEROES Team went ahead with training other communities and adding ideas and activities.

HEROES returned to Rome, Georgia, in the Fall of 2009 and the Spring of 2010. We served over 60 kids, tried some new activities and even added our book into the curriculum. Since we began HEROES in 1990, we've come alongside over 1600 kids!

We have plans or several more books and are making the curriculum e-friendly and available with or without training. 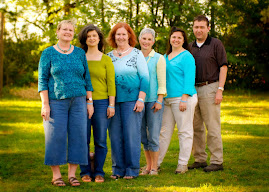 Welcome from the Heroes, Great and Small, Inc. Team!

Since 1990, we have walked alongside over 1600 kids who have risen above the horrors of sexual abuse. We have watched in awe at the courage and resilience of these children. The Heroes Team has seen the horrific wounds left by the Tricksters' experiences...the torment, the fear, the confusion, the aloneness. But we have seen things even greater...courage, purity, joy, playfulness, love.

We celebrate the lives and hearts of these children
as precious gifts. We believe that they are a promise of great things to come.

In 20 years, our message has never changed...These amazing human beings are HEROES! We have additional messages now though. Some of them are posted in our HERO Pledge and in our new book, Bad Things Can't Stop the Best Things by Sandra Allen and Shannon Bond.

We're all in this together. Join our journey!
Bad Things Can't Stop the Best Things!